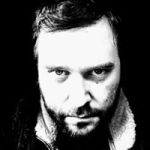 Chris Miller is a native Texan and Three-Time Splatterpunk Award Nominee as well as winner of the Home Grown Horror Award for best novel (THE DAMNED ONES). He has been writing from an early age, though he only started publishing in 2017. He attended Northeast Texas Community College and LeTourneau University, where he focused on creative writing courses. He is the superintendent of his family-owned water well company and his novels have been met with acclaim from both critics and readers alike. His short stories–found in numerous anthologies, as well as his collection, SHATTERED SKIES (nominated for best collection in the Splatterpunk Awards)–have likewise been praised. Chris has three children and lives in Winnsboro, Texas.